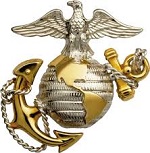 The United States is sending more Marines to Iraq after an ISIS rocket killed a U.S. Marine and injured several others, the U.S.-led coalition said Sunday.

The coalition said in a brief statement that a detachment from the 26th Marine Expeditionary Unit, based at Camp Lejeune, North Carolina, was being sent after "consultation with the government of Iraq." The 26th MEU is working in the U.S. 5th Fleet area of operations in the Persian Gulf, the Red Sea, the Arabian Sea and parts of the Indian Ocean.

The number of Marines being sent wasn't disclosed.