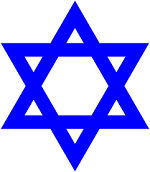 By Tim Mak
Hundreds of people will walk out of AIPAC—the most important pro-Israel event in America—to protest against Trump who they see as a strongman who vilifies minorities.


You’d think a presidential front-runner who once served as the grand marshal of a pro-Israel parade would be welcomed to the annual gathering of the American-Israel Public Affairs Committee with open arms.


Instead, hundreds of protesters are expected to walk out of Donald Trump’s appearance before the powerful pro-Israel group as a form of silent protest to the Republican front-runner’s address, organizers said, revealing new details about their unprecedented demonstrations.

And in an unusual development, major Jewish institutions like the Anti-Defamation League and the Simon Wiesenthal Center told The Daily Beast that a walkout would be an acceptable form of protest, even as they stopped short of endorsing such a move.

The theme of this year’s AIPAC conference is “Come Together”—a sad irony since this year’s event, which is said to draw some 18,000 attendees, could be the most discordant annual meeting in recent memory.

“I would be surprised to see less than 300, 400 people walk out,” said Rabbi Menachem Creditor, who is supporting one group of protesters, citing conversations among organizers and with those who have committed to this form of protest.