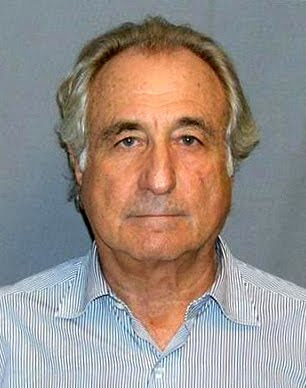 
I’ve written numerous articles over the last three years about hate groups in America. I focused on the fact that they're beginning to express their hatred of blacks, Jews and immigrants on a frequent basis. I also noted the level of violence and number of death threats by members was rapidly increasing. This was confirmed recently in a news report on Daily Kos that indicated President Barack Obama receives at least 30 death threats a day, which is in stark contrast to his predecessors.

In my interviews with Pastor Thomas Robb, National Director of the Knights Party, U.S.A., an offshoot of the Ku Klux Klan, and radio talk show host/white supremacist Hal Turner, who is now in federal custody for allegedly calling for the killing of three federal judges, both men were quick to imply that minorities, blacks in particular, were inferior in every way to whites. While appearing on the CNN network, Turner actually stated that the country needed to “return to the days of lynching niggers” in order to deter crime. While Robb and Turner showed the utmost contempt for blacks and immigrants, no one was despised more than the “filthy Jew-bastard”.

Aldof Hitler is undoubtedly the greatest symbol of anti-Semitism and hate in the world. His view that every Jew should be beaten, gassed, raped, skinned-alive and killed is shared by many of his contemporaries, such as the Aryan Nation, the Skinheads and the Neo-Nazis. Moreover, just as Hitler did, members of these extremist groups believe the Jews are responsible for the world’s economic problems; citing their unparalleled influence, power and representation in every area of society. Having said that, I believe the arrest and conviction of former Wall Street tycoon Bernie Madoff, as well as the recent arrest of several prominent rabbis by federal agents for alleged money-laundering in New Jersey, could fuel an even greater sense of distrust and intense hatred for the Jewish people among radical groups and those who have no real understanding of the Jewish culture.

Hitler came to power by being able to convince the German people, who were also in the midst of an economic crisis, that Jews were gluttonous pigs, the root of all evil and positioning themselves to dominate both the financial markets and the world. After Madoff's dramatic and earth-shattering fall from grace, the Pastor Robbs and Hal Turners of the world were quick to point out the similarities between what was going in Germany during Hitler’s rise and the current economic crisis in the United States. For many within these fringe groups, the arrests of Madoff and the New Jersey rabbis confirmed not only everything they believed or were taught about Jews, but that the Jew's need for access and excess is the major cause of the country's economic turmoil. If you find this hard to believe, just visit “Stormfront”, the Aryan Nation or the Knights Party, U.S.A. website. What they're saying about all this will shock the hell out of you.

I've been saying for years that people must take these groups more seriously. The only time the national media or we take them seriously is when a white supremacist guns down three Pittsburgh police officers or a security guard at the Holocaust Museum in Washington, D.C. More people will lose cars, homes, jobs and damn near everything before the economy gets better. The President of the United States has said this repeatedly. But what will also happen is anger, hatred and violence will escalate among those with a deep-seated hatred for Jews, especially Jews at the head of industry. Do you have any idea what you've done, Bernie? I wonder if you even care about the wrath you've brought upon the country, particularly those of the Jewish faith. Someone once said “Jewish blood isn't cheap.” Well, Bernie, your inexcusable actions have galvanized dangerous groups that have the potential to gun down one “Jew-bastard” after another.... and line the streets with Jewish blood. When you consider your heritage, the holocaust and the fact that there are people who want Jews boiled in oil to this day, how could you be so goddamn stupid, Bernie?