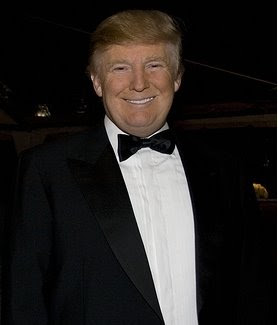 You folks better hold on to something because “The G-Man” is madder than a hellhound! Let me get this straight. Donald Trump, owner of the Miss USA Pageant, has decided that Carrie Prejean, the 2009 winner representing the state of California, can retain her crown after topless photos surfaced in the media? Okay. Next question. Trump and other pageant officials actually reviewed the photos and deemed them ‘acceptable’ and stated that “in some cases the pictures were lovely”? Well, given the fact that the lovely and talented Vanessa Williams was forced to abdicate her Miss America crown after racy photos of her popped up 26 years ago, I think this is a bunch of bullshit! Even Albert Einstein would’ve said “What the fuck?!!” while trying to make sense of this decision.

First of all, Trump is one of the biggest pussy-chasers walking. Yeah, I said it! Go ahead and sue my well–rounded black ass, Trump! Everybody knows it, including his comb-over ass, and it wouldn’t surprise me in the least if he looked at the pictures and got a “woody” before making the decision. I’m willing to bet that he nearly broke his damn wrist because he couldn’t get the envelope open fast enough! Obviously, Prejean had the deck stacked in her favor going into this thing. Secondly, the fact that his panel looked at the pictures means absolutely nothing because it’s not like any of them were likely to overrule Trump in the first place. Can somebody please pass me a gas mask? The stench from all this “Trumped-up” bullshit is killing me!

While people and the national media state the scandal was due in large part to her comments against gay marriage, I believe there is an even greater controversy that Prejean, her pastor, her church and every Christian in America needs to respond to. This woman recently received a standing ovation from every member of her congregation during an appearance. What the hell were they applauding? Prejean blatantly lied and pissed on the pageant guidelines in her ruthless quest to become Miss USA! She clearly stated to pageant officials that she never took explicit photos. Excuse me, but The G-Man knows a pair of titties when he sees them, and those looked like titties to me! Thus, the congregation must have been applauding her for being a liar or having a great pair of tits. The last time I checked, lying and lust weren't very big on the "Christian" list. Prejean, her punk pastor and every member of the congregation that stood up all need to look in the mirror, check themselves, stop pimping God for their own purposes and act like real Christians. Yeah, I said it! If you have a problem with it, bring it to my blog! For the record, Satan had nothing to do with that previous comment. That’s The G-Man talking! 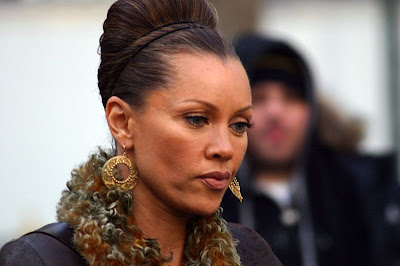 Fair is fair! Vanessa Williams was raked over the coals for her actions, and if Carrie Prejean is a true Christian, she will renounce her Miss USA crown immediately!

In my honest opinion, Donald Trump has proved, without question, that he believes white people are to be held in high regard and not be judged on the same level as what some would call a “lowly nigger-bitch”. If Miss America officials, the national media and average citizens saw fit to strip and rip Vanessa Williams for hiding the fact that she took racy photos in the past, Trump should’ve had the balls and integrity to do the same in Prejean’s case. He can try to explain it six ways to Sunday, but the fact is there is no damn difference between the two cases. What he did was straight up fucked up, and I suspect he’s pissed off a whole lot of people, especially in the black community.