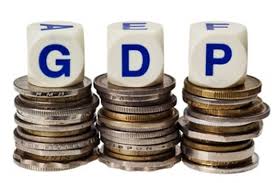 WASHINGTON, DC – Jason Furman, Chairman of the Council of Economic Advisers, issued the following statement today on the third estimate of GDP for the fourth quarter of 2015.

Summary: Real GDP growth was revised up to 1.4 percent at an annual rate in the fourth quarter, reflecting both solid domestic demand and continued external headwinds.

Fourth-quarter economic growth was revised up 0.4 percentage point to 1.4 percent at an annual rate and domestic demand continued to grow. Overall, the most stable and persistent components of output—consumption and fixed investment—rose a solid 2.8 percent during the four quarters of 2015, well above the 2.0-percent GDP growth in 2015. Weaker foreign growth continued to weigh on economic growth in the fourth quarter, underscoring the importance of policies that open our exports to new markets and promote strong domestic demand. There is more work to do, and the President is committed to policies that will boost our long-run growth and living standards, including policies to support innovation and investments in infrastructure and job training.

You can view the complete statement here.

Source: The White House, Office of the Press Secretary
Posted by The G-Man at Friday, March 25, 2016