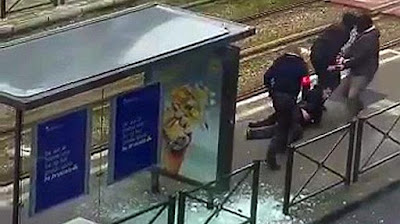 Three people have been arrested in major police operations in Brussels.

The Belgian prosecutor’s office confirmed three people had been detained in total in Brussels following Friday’s (March 25) operation, all of whom are related to the “thwarted French attack plot, made public by French Interior Minister Bernard Cazeneuve on Thursday (March 24).

One of the detainees was apprehended in the Schaerbeek area of northern Brussels. He could be seen with a small child, who was later led away by security forces.

Two of those arrested have been named as Tawfik A., and Salah A. The man detained following the Schaerbeek operation, has not yet been named.

Tawfik A., and the man arrested in Schaerbeek were wounded in the leg, according to the statement.