Inside the NYPD: A Mutiny Over Assisting ICE Agents? 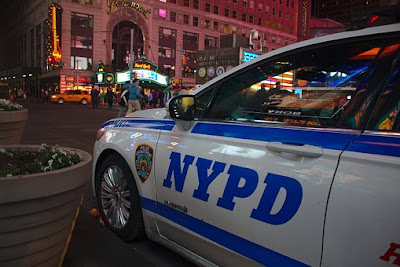 On July 13 of this year, the New York Daily News reported that Ed Mullins, who serves as president of the Sergeant’s Benevolent Association, urged NYPD officers to provide unwavering support to Immigration and Customs Enforcement (ICE) agents when they begin rounding up undocumented immigrants throughout the five boroughs. Mullins went on to note that it was imperative the officers do so in order to help protect their fellow law enforcement representatives.

According to the report, Mullins stated, “They are members of law enforcement just like you and we must never participate in the politics being applied upon our duty to uphold the law.”

In a press release issued the same day, Police Benevolent Association president Patrick Lynch also called for his members to stand with ICE agents. “We, as police officers, have a sworn duty to protect all citizens against harm and that includes all law enforcement officers as well. Our duties are dictated by the law and not by politics.”

The position taken by the union leaders is in direct opposition to an interim order that was issued by the department in June of this year, which stated...“Members of the service may not use City resources to support or assist in immigration enforcement, except in certain circumstances.”

Interestingly, the Cambridge Dictionary defines mutiny as “an occasion when a group of people, especially soldiers or sailors, refuses to obey orders and/or attempts to take control from people in authority." With Lynch and Mullins urging their members to defy and/or dismiss department-issued procedures, they are, according to the standard definition, engaging in a mutiny. An NYPD delegate who spoke to From The G-Man on the condition of anonymity concurred. “What Mullins and Lynch are basically saying is they're going to do whatever the fuck they want. They're practically telling Commissioner O’Neill and the public that they don’t care what the department or Patrol Guide says,” he stated. “New York City has been deemed a sanctuary city, and that's why the department issued the interim order! You have the department taking one position, union officials taking another, and a number of officers, myself included, feel like we’re caught in the middle," he continued. "I also find it strange that Mullins, nor Lynch, never mentioned the list of procedures that police officers and ranking members of the department must follow regarding ICE and undocumented immigrant encounters. Long story short, they're going to get officers in major trouble because they're telling them to disregard those procedures, which will lead to disciplinary action. What kind of leadership is that and what kind of message does that send to the membership? It’s not fair. It’s a bad look for the NYPD brass, the department, and it’s definitely not good for morale. If it’s an ICE issue, then ICE should handle it. The officers of this department already have more than enough to deal with on a daily basis.”

Click here to read Procedure No. 212-66 (pages 542 to 544) and Procedure No. 212-126 (pages 692 to 693) of the New York City Police Department Patrol Guide. The latter lists the 12 mandatory steps that police officers and ranking members must complete when dealing with ICE and undocumented immigrant incidents.
Posted by The G-Man at Monday, July 15, 2019