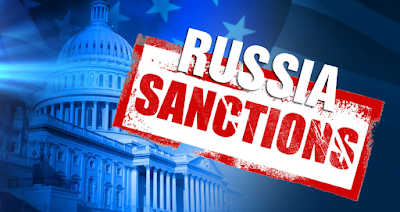 New York – The Ukrainian Congress Committee of America (UCCA), the largest grassroots representation of Americans of Ukrainian descent, welcomed the news that the Trump administration has finally imposed additional financial sanctions against Russia, both for its meddling in the 2016 U.S. elections, as well as for a crippling cyber-attack leveled against Ukraine and other countries.

Thursday’s sanctions against hackers and spy agencies were placed on 5 entities and 19 individuals whose cyber-attacks have been characterized by U.S. government officials as the “most destructive and costly” in history.

Although the Administration missed the congressionally-mandated deadline by some 90 days, UCCA welcomed the development of newly imposed sanctions against Russia, having repeatedly called on this Administration to implement sanctions against Russia through the Countering America's Adversaries Through Sanctions Act (CAATSA), passed by near unanimous vote in Congress last summer.

UCCA will continue to advocate for stronger - and specifically  sectoral sanctions -  against the Russian Federation until it withdraws all of its covert and overt forces and equipment from Ukraine and de-occupies the sovereign territory of Ukraine, including Crimea.

Source: The Ukrainian Congress Committee of America
Posted by The G-Man at Friday, March 16, 2018